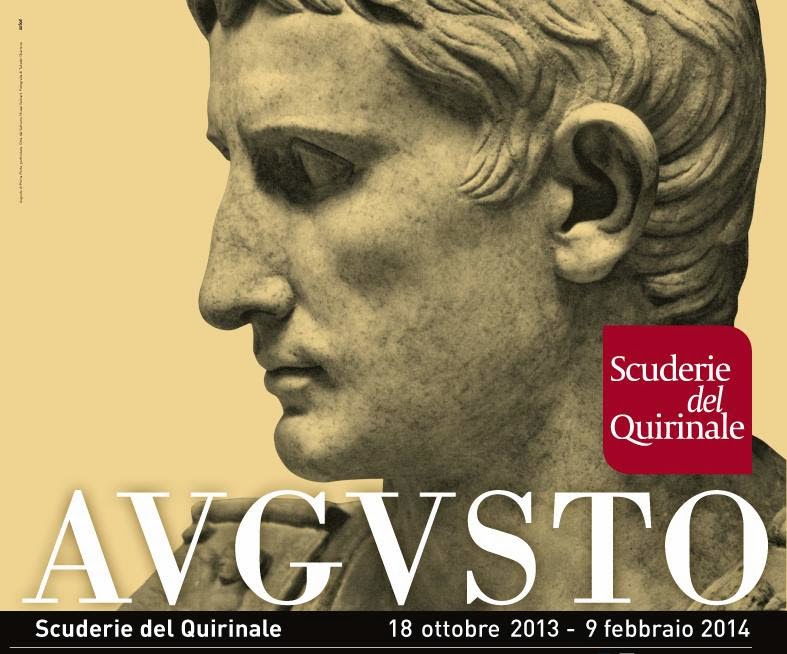 Organised to mark the 2000th anniversary of his death on 19 August 14 AD, the exhibition presents the stages in the dazzling personal story of Augustus in parallel with the birth of a new historical era. The adopted son and great-nephew of Julius Caesar, Augustus was a man endowed with exceptional charisma and political acumen.  He succeeded, where even Caesar had failed, in putting an end to decades of bloody internecine strife that had worn the Roman Republic down to the bone, and in inaugurating a new political season: the Empire.

His reign, which lasted over forty years, was the longest in Roman history and the Empire achieved its moment of greatest expansion, covering the whole of the Mediterranean basin from Spain to Turkey, the Maghreb, Greece and Germany.
The end of the civil wars was skillfully peddled as an era of peace, prosperity and abundance:  it was then that Rome saw the development of such crucial concepts as pax, pietas and concordia, sung by poets of the calibre of Virgil and Horace, and debated by the intellectuals and thinkers who met in the so-called circle of Maecenas.

The exhibition in the Scuderie del Quirinale, with a selection of approximately 200 exhibits of the highest artistic quality, offers visitors the opportunity to track the life and career of the princeps in parallel with the development of a new artistic culture and vocabulary that is still today the very foundation stone of Western civilisation.

The visual pivot of the exhibition comprises the celebrated statues of Augustus, brought together here for the very first time: Augustus as Pontifex Maximus from Via Labicana, now in the Museo Nazionale Romano, and the Augustus of Prima Porta from the Vatican Museums. This latter sculpture is set alongside its classical model, the famous Doryphoros from the Museo Archeologico in Naples, the standard par excellence of sculptural perfection in the Classical era.  Visitors will also be able to admire part of the bronze equestrian statue of the emperor found at the bottom of the Aegean sea, loaned by Athens and on display in Italy for the very first time.  While the splendid bronze portrait now in the British Museum comes from Meroë (Nubia, Egypt).

Evoking the flowering of a golden age, the so-called Grimani bas-reliefs depicting wild animals suckling their young are outstanding for their importance and their beauty, and they have been brought together exceptionally for this exhibition from the Kunsthistorisches Museum in Vienna and the Museo di Palestrina. Also of outstanding importance is the group of the Niobids, an original Greek sculpture from a temple front which was set up in the Horti Sallustiani in Rome under Augustus and which has been reconstructed here by setting the two statues from the Ny Carlsberg Glyptotek in Copenhagen alongside the statue of an injured girl from the Museo Nazionale Romano.

The sculptural groups, expressing the new Classicism, are matched by such dazzling examples of decorative art as a large selection of pieces of silver from the treasure of Boscoreale, exceptionally loaned by the Louvre in Paris, and by such masterly representations of power in images of the ancient world as a set of extremely precious cameos from London, Vienna and the Metropolitan Museum in New York, that were used by members of the imperial family as personal gifts.

The exhibition winds up with an unprecedented reconstruction of eleven bas-reliefs, now split between Spain and Hungary, from a public building originally erected in Campania to commemorate Augustus after his death, telling to great effect the story of a naval clash at the battle of Actium in 31 B.C. which put an end to the civil war between Octavian and Mark Anthony and paved the way for the princeps' ultimate triumph.

(from Scuderie's official site)
Posted by Piazza Grande at 5:11 PM

Email ThisBlogThis!Share to TwitterShare to FacebookShare to Pinterest
Labels: exhibitions